⏱ This tutorial is an introductory walkthrough of creating a React app on Begin. It should take less than 15 minutes.

This tutorial uses the Create React App starter app, extended by an example API endpoint. You'll have all the capabilities of React for building beautiful user interfaces, combined with the power, speed, and security of cloud functions and serverless data storage. 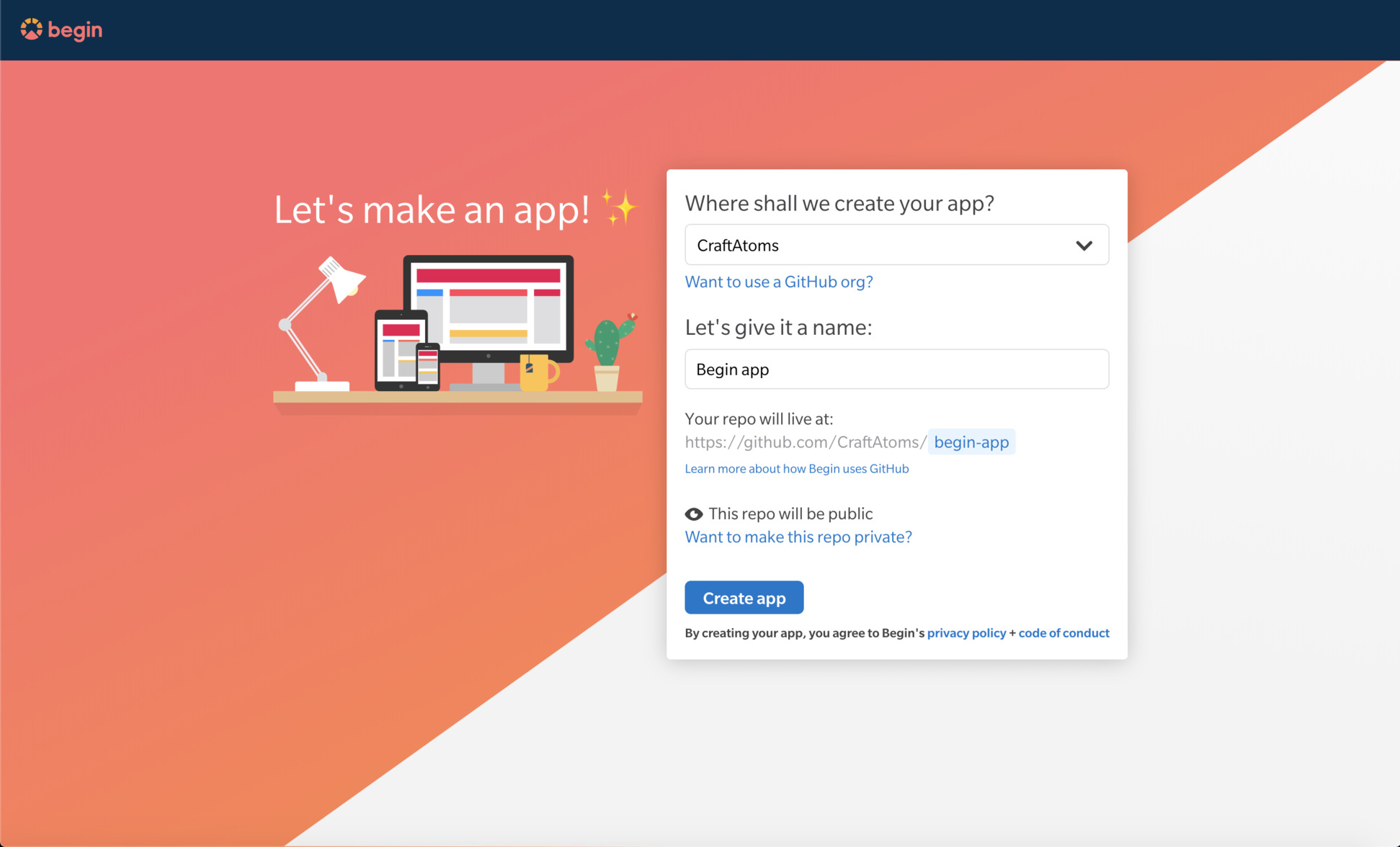 Now that your app is live on staging and running locally, let's take a quick look into how the project itself is structured so you'll know your way around. Here are the key folders and files in the source tree of your personal website:

Let's go over each of these directories and files and how you may use them:

The api folder is where the cloud function that handles GET requests to /api lives. When we call our api from our app it will execute the handler function in the index.js file.

Some Begin apps are inert static web sites – but not this one. Your React app utilizes this built-in small, fast, individually executing cloud function that handles HTTP API requests and responses. (We call those HTTP functions, for short.)

In the next section we will go more in-depth about how to provision HTTP functions in your React app.

The build folder is where your React app will build into (and be served from locally). Since this folder contains build artifacts, it isn't checked into git and shouldn't be directly modified. Instead, let your app re-build its contents.

Each time your app is deployed by Begin, the build artifacts in build will automatically be published to your app's static asset bucket (on S3) as well as Begin's CDN.

The public directory is for static assets.

Along with the other boilerplate React app files (src/App.css, src/App-test.js, etc.), src/App.js serves as the primary entry point for your React app. This is a great place to start tinkering with your app.

Now for the fun part! Let's go over how HTTP functions work.

The text in the red box below is actually being fetched an example API endpoint, handled by api/index.js. 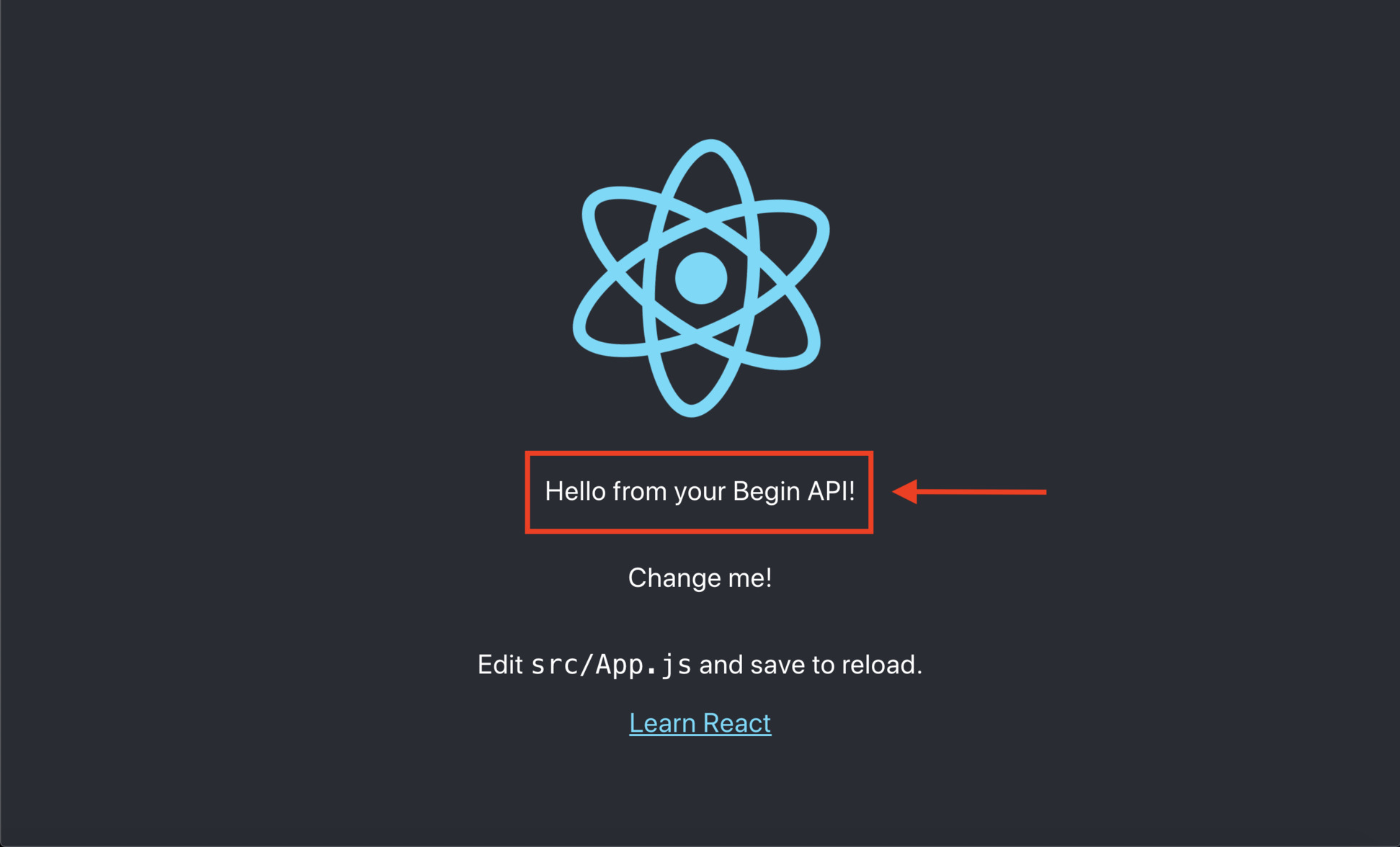 The output of this HTTP function can be called by fetching GET /api, and subsequently used by any component within your React app:

Now let's navigate to src/App.js to see how this HTTP function was being implemented into your app. As you can see below, GET /api/ is fetched via async function wrapped in a React hook (useEffect).

This is just one small example of how using a live API endpoint powered by an HTTP function can make your React app dynamic. Just think of all the things you can build this way!

Add and commit your files then push to master to kick off a build that will deploy to staging.

Head on back to Begin and open your staging URL once your build is complete. Looking good? Excellent!

When your next build is done, click the production link in the upper left corner to see the latest release of your app!